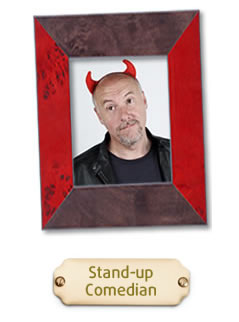 Brian is a quick witted comedian with the ability to play, banter and chat with an audience.

Since 1997 he has performed in venues from the Edinburgh fringe to the Comedy Store Leicester Square, has been a regular MC and performer with Paramount Comedy as well as resident MC for The Clock Inn for Comedy.

His work varies from 20 minute stand up sets, impressions, songs and poems, to more bespoke commissions including after dinner speaking and sets written and customised for his individual clients.

Brian is also a regular member of the Whose Turn? improvisation comedy group.