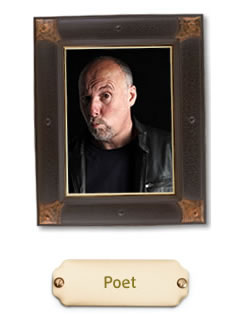 Neither high brow nor worthy, but very, very funny, poems have increasingly formed part of Brian’s stand up set. Samples of his work can be found in Reflections from Mirror City also featuring John Hegley, Zena Edwards and Paul Lyles.

The following was written as homage to one of his heroes, Spike Milligan and best performed in a ‘Milliganesque’ voice:

I have a haemorrhoid called Albert
He’s small and very painful, tucked away
I asked him to go
But the answer was no
He said he’s waiting till his friends come out to play.